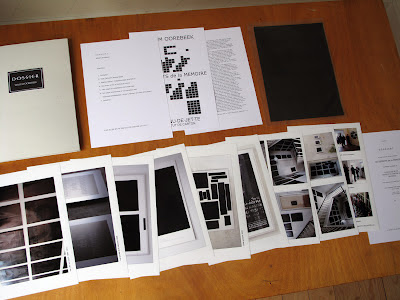 The second exhibition in A.VE.NU.DE.JET.TE INSTITUT DE CARTON vzw was a series of 124 Paris-Match Black-Out posters by Willem Oorebeek.
Every exhibition in A.VE.NU.DE.JET.TE INSTITUT DE CARTON vzw is going to be documented by a special dossier. The second dossier is ready now in an edition of 20. There are 5 exemplars "hors commerce".
For more information how to become one exemplar from the few that rest contact Henri Jacobs.
Gepost door henri jacobs op 00:57 Geen opmerkingen: